Music for All Occasions

Covering a huge range of hits suitable for all ages and occasions Pearl & Sasé provide outstanding entertainment in a powerful but compact package. Music of the highest quality ensures a full live band sound for your enjoyment. Years of performing experience bring something a cut above your average duo.

The soulful and soothing voice of Pearl performs the hits of Barry White, Lou Rawls, Marvin Gaye, Lionel Richie, and many more.

At an early age Pearl started his musical career playing the trumpet in middle school. Following the footsteps of his older brother, he began playing in local bands after high school. During his travels, Pearl caught the eye of the recording artist Lloyd Price, this enabled Pearl to capture his audience with his amazing playing abilities and his warm stage presence.

New opportunities presented itself in Detroit; Motown inspired Pearl to make his mark.

Being exposed to so many musicians, Pearl fell in love with the bass guitar. With much hard work and practice, he was able to master the art of the guitar and play the bass professionally.

After spending twelve years in Detroit, it was time to venture into something more challenging. Pearl put together his own band named JMASSK and relocated to Fort Myers, Florida in 1989. The band became very successful in SW Florida for many years. Pearl’s high standards of band ethics and love of the arts are the key to his longevity in the music business.

During a music fest in 2002,Pearl had the pleasure of hearing vocalist Sasé showcase her talent. This was the beginning of the powerful and talented duo Pearl & Sasé.

The powerful and dynamic voice of Sasé performs the hits of Whitney Houston, Gladys Knight, Diana Ross & the Supremes, Martha Reeves & the Vandellas, and many more. 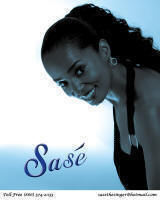 Sasé experienced a series of turning points and events in her life that confirmed music to be her destiny. The first sign that convinced her she had true potential was when she was voted “most talented” in high school. Inspired and motivated, she began to develop her vocal ability by performing in local talent shows and lead roles in community plays.

Another sign came when she was on vacation in the Bahamas where she sang under the stars- for fun at an international function and brought the house down! “Ever since that night, ” said Sasé,
“I vowed that my passion for music would not escape me.”

Her talent, persistence and passion for music paid off when she auditioned for an international entertainment agency that landed her a spot to perform with the Supremes in Spain for seven months. Also Sasé toured for 9 years with the popular recording group The Platters.

Currently performing with Pearl has given Sasé much diversity within her audiences and a wider spectrum of music. Sasé is making her mark, “I want to be thought of as someone who left love and passion in the hearts of many and paved the way for other determined artists,” says Sasé. Open your heart and mind…and feel the passion of this sensational duo!